Forest City was excited to announce some of the details on the new homes being built in the Conservatory Green neighborhood.   Infinity Home Collection will be building the Haus collection, which will replace the current Pure models.  The Infinity Haus will have a larger lot, and is in the $650,000 to $750,000 price range.  They will also be building a model similar to the existing Lime model in Central Park North that will range from $500,000 to $550,000.
Parkwood homes will be building a few of their traditional homes like the south side of Central Park (formerly Stapleton), as well as luxury townhomes.  Parkwood will have larger lot sizes, similar to the size of Infinity’s lot, side driveway lots, and row gardens in the backyard.  Single-family homes will range from $550,000 to $650,000.  The luxury townhomes will start in the low $400s.
Forest City explained that builders Standard Pacific and New Town Builders will be doing similar homes that are currently in Central Park North, Central Park West, and Bluff Lake.  New Town Builders plans to continue building sustainable homes, and may continue with their zero energy homes.
David Weekley Homes will be doing similar models that are currently in the Central Park West neighborhood of Central Park (formerly Stapleton).  David Weekley is going to start building paired homes in the Conservatory Green neighborhood, which is a new venture for David Weekley in Central Park (formerly Stapleton). David Weekley will do paired homes, and single families on the same block, which is also a new concept in Central Park (formerly Stapleton).
Wonderland Homes will continue to do the courtyard traditions and innovations and models.  Some new home design will accompany some of their existing homes as well.  The Edge will come to the northside of Central Park (formerly Stapleton) and Conservatory Green with some updates.  KB Home will start building courtyard homes, entry-level homes, with home garden boxes.  Boulder Creek will do ranch style plans only with finished basements.  Boulder Creek homes are geared towards grandparents and seniors. 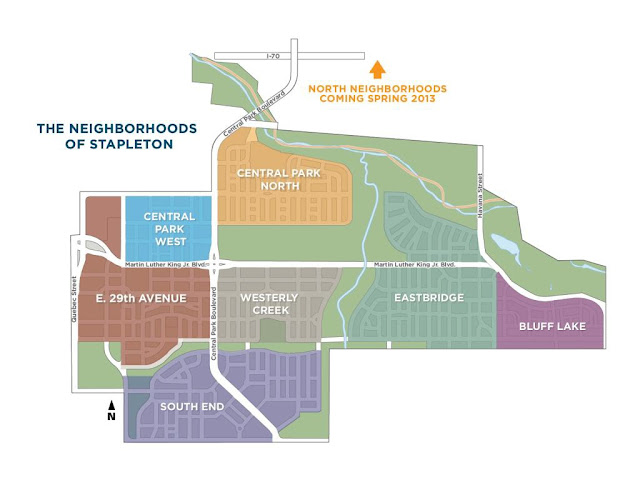 Be the first to see new rental listings!

To subscribe to immediate email notifications of new TJC rental listings, enter your information below: