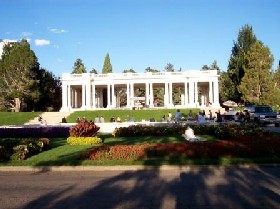 Below is the latest data from Metrolist Multiple Listing Service (MLS) which includes the sale of single family homes in zip code 80218 for September 2012, compared to last year.  The neighborhoods in 80218 include: Capitol Hill, Cheesman Park, City Park West, and Uptown to name a few.  The data does not include all of the new construction sales and unlisted property transactions.  According to MellisaData.com, which includes data from public records, there were 23 homes sold in September of 2012 for an average price of $641,000.  MelissaData.com noted that 16 homes sold in September 2011 for an average sales price of $231,000.

After digging a little deeper into the data, there were two transactions in September of 2012 at $5.4 million and $1.05 million that pushed the average price up.  There were also nine other transactions over $500,000 in Denver’s 80218 zip code.  The average days a home was on market before selling dropped from 100 days in 2011, to just 60 days on the market in 2012.  This was a strong month for the Cheesman Park, Capitol Hill, and City Park West neighborhoods.